In a rough year for the political establishment, especially the Prime Minister, Turnbull has decided to top it off with a decision that demonstrates his failure to recognise the growing refugee crisis by committing to welcoming 18,000 more refugees while the Melbourne based Sudanese gang Apex continues to terrorise our streets.

Apex, a Sudanese gang formed in Melbourne in 2013, has been terrorising the streets of Melbourne in the years since it was formed. They are known for bashing innocent people, stealing luxury cars, home invasions, violent armed robberies and other public disturbances.

The birthplace and breeding ground for violent young Sudanese criminals, Dandenong, could possibly be the unhappiest suburb in Australian according to a 2015 VicHealth Indicators Survey where two out of three people are too afraid to walk around at night and have had to take their own measures to protect their homes due to the crime Apex has unleashed in their community.

The last few months has seen a horrendous increase in unprovoked havoc that Apex is wreaking all over Melbourne. This should be an obvious red flag telling politicians to address Australia’s growing concern of terrorism and refugee crime, and what horrible things are yet come if we continue to welcome these people to our country.

December has seen two attacks on innocent people that were more than the usual suburban domestic disturbance. They were horrific and disturbing attacks committed by young African groups.

Two tradies were brutally bashed by a gang of Africans after they tore down temporary fencing at St Kilda beach surf club where the tradies were working. When the young men yelled at them to stop, the gang turned on them, punching and kicking them until they blacked out. 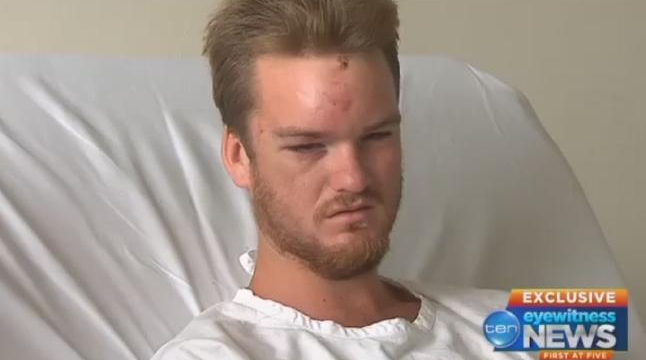 One of the men, 21 year old Andrew, said he was king hit by one of the gang members before they began to kick and whip him with a belt while he lay helpless on the ground.

“This was just animals, you know, that’s the best description I can think of, they were  just animals,” said Andrew.

Only days ago, a woman riding her bike in Melbourne was ambushed and brutally slashed with a knife during an early morning robbery by two men and one woman, all of African appearance. Police are currently investigating the attackers’ connection to Apex, with no comment from the 30 year old female victim due to her serious condition after her face, arms, torso and neck were savagely slashed during the disturbing attack. 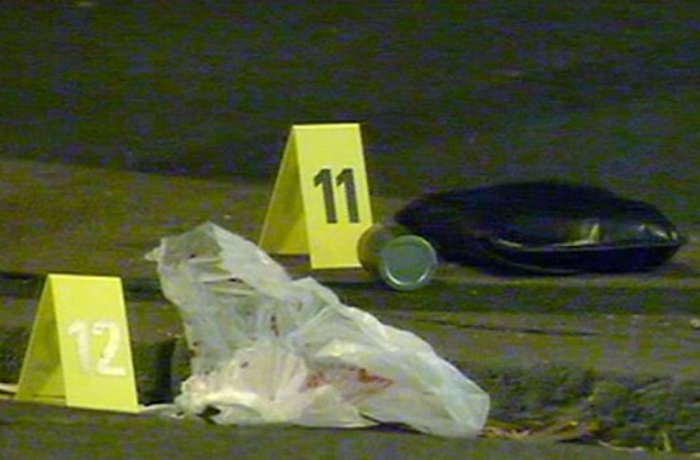 The crime scene on Harker Street, Melbourne where the woman was slashed

Also within the last few days, a hero tradesman stopped a blatant act of terror where an African man attempted to blow up a petrol station by setting a fuel pump alight with a cigarette lighter. The petrol station’s CCTV provided footage of the scary incident.

Incredibly, police have decided not to investigate the incident further as no damage was done and nobody was hurt.

ARE YOU FUCKING SERIOUS?!?

So an African man clearly trying to blow up a petrol station in an obvious act of terror gets away Scott free, but Blair Cottrell of United Patriot’s Front is charged by Victorian police for ‘offending’ Muslims in a video. Great to know our police have their priorities in order. The hypocrisy is astonishing.

With trust in our politicians at the lowest its been in many years, one would think our Prime Minister would at least acknowledge the elephant in the room and uphold any shred of credibility he may have left. Unsurprisingly, this has not happened.

In light of these attacks, Malcom Turnbull has decided to double down on his allegiance to the elite, ensuring that Australia becomes as multicultural as possible by announcing that Australia will increase it’s refugee intake to almost 19,000 from mid-2018.

If you still had any faith that the Liberal party is capable of rescuing itself from the left-winged, elitist rabbit hole that it has been travelling down for some time, now is the time to jump ship. Our politicians have truly betrayed us, and it’s time to seek the alternative in order to save our country.